The Power of Play

A number of speakers presented their work with a variety of types of Integrated Play Groups, a concept pioneered by Dr. Pamela Wolfberg of San Francisco State University.

These are small groups that consist of typical children (or expert players, in the language of IPGs) and children on the spectrum (or novice players) who participate in activities that are designed to promote motivating, joyful play.

The speakers talked about a variety of types of IPGs, from play groups for young children, to drama groups, filmmaking groups and social groups for teens. In each case, the activities are chosen to be fun and motivating for ALL the participants regardless of social abilities.

The expert players are not there to act as teachers or therapists or tutors, they are there to simply be playmates and friends. Adult facilitators step in only when necessary. They do not direct the interaction, but rather let it unfold between the children.

One idea from this conference that I found particularly interesting is that no matter how much you play with your child, no matter how silly or energetic or childlike you are, you cannot serve the same function as another child when it comes to play.

Children have a culture they create with each other apart from adults and this is a critical part of play and of childhood.

Children on the spectrum have challenges entering into this culture with all its dynamic unpredictability. But for the sake of their overall social development, the IPG model maintains, it is important that they build the skills to do so.

What I learned is that Integrated Play Groups are very successful in giving children on the spectrum an entrance to the culture of play and imagination.

I watched several videos at the conference that were incredibly moving. They depicted several children (who were much more profoundly affected by autism than Ben) who progressed, in a matter of weeks, from being isolated in their own world and anxious around others to children who were laughing, pretending and playing with other children.

There were experiencing joy with other people, and this is what defines - in a large part - play.

The speakers pointed out again and again that individuals with austism, like everyone, have the desire to experience this shared joy. But it's often as if, as presenter Adrianna Schuler described, the "button" to activate the ability has not yet been turned on yet. Play turns on the system.

As I learned all this, it hit me that Ben has been participating in a kind of Integrated Play Group since he was born. Ben's cousins, two boys aged 7 and 4, live nearby.

The older one is a natural athlete, analytical, full of bravado but still loves his blankie. The younger one is introspective, poetic, an amazing artist, mostly quiet with bursts of unselfconscious silliness.

On the surface, they are very different than Ben. However, Ben shares with them so much of the same basic genetic material that they are also very much alike in ways that make them a great play group. 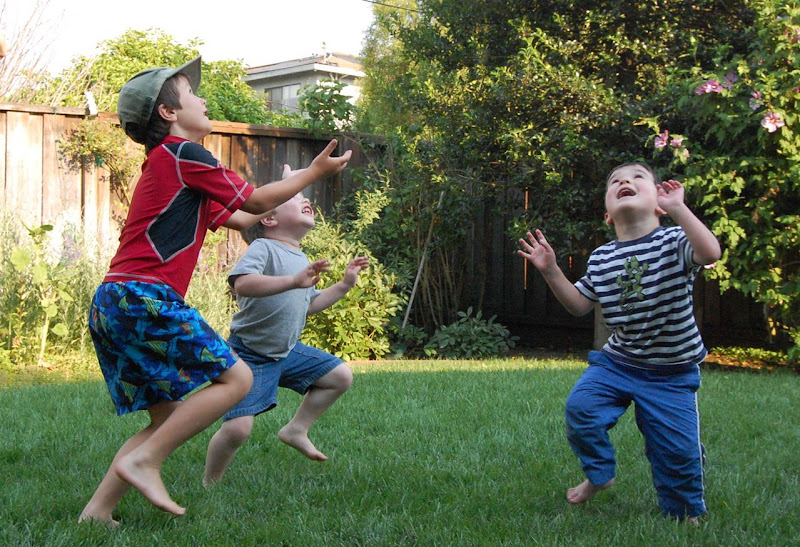 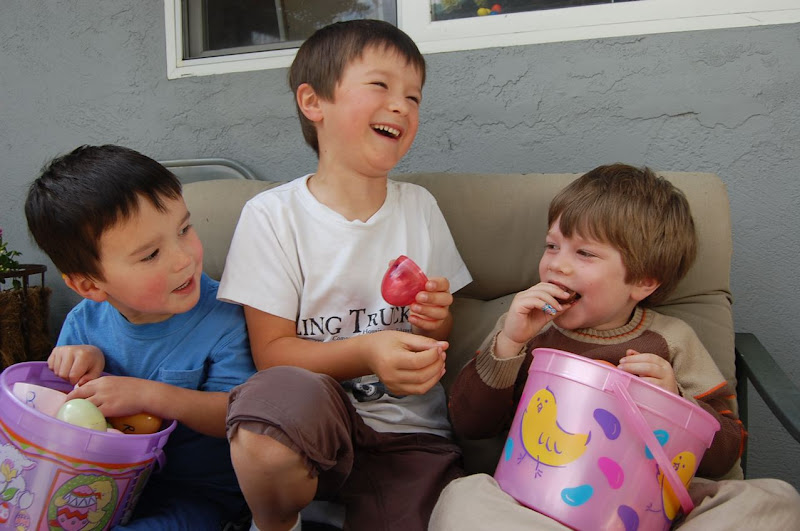 They enjoy playing in silly, physical ways that require very little verbal interaction except funny noises and catch phrases. They all need time to do activities by themselves to regroup. They fall into sync with each other when they spend a day together, alternating between noisy roughhousing and quiet reading time, almost as if their brains are programmed on the same schedule. 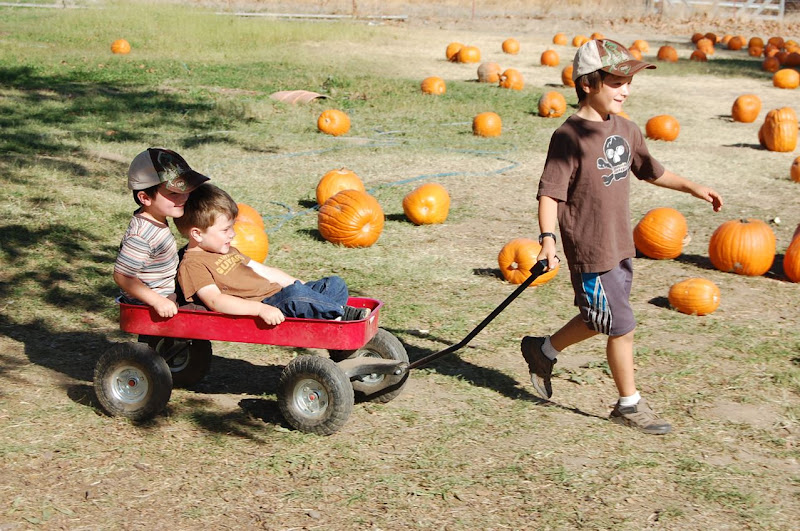 Ben's cousins accept his quirks, they know what makes him laugh, they gently disrupt him from his routines, they allow him to initiate goofy activities and they usually go along enthusiastically, they are tolerant when he has trouble coping.

And when it's time to say goodbye, they all shout, "Cousin hugs!" and embrace each other until they fall into a giggling dogpile on the ground.

It's in this safe and accepting trio - our homegrown Integrated Play Group - that Ben has learned to play. 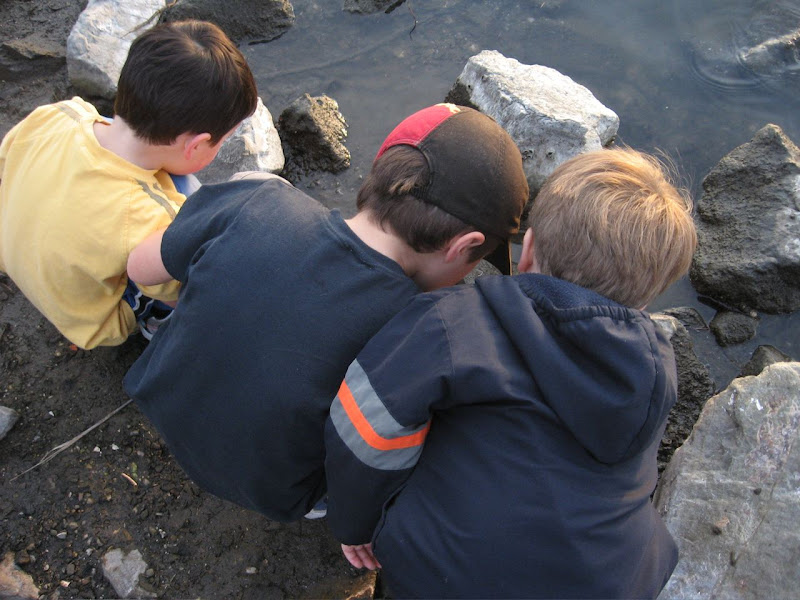 I hope someday, when Ben's cousins are older, they will understand what a profound impact they have had on our lives just by being themselves.

Ben and his cousins play around with the Photobooth application and sing their own version of the "Numa Numa" song.
Posted by Christa at 7:13 PM

Play is the "work" of children. It is the language of all children when given the opportunity to explore it. Oh yes, I have always had a tear and a smile over seeing pictures of the three cousins just being together, playing in the innocence of acceptance. As adults we can be caring facilitators, observers of children's play. They will find their own way to play together as well as alongside each other. Play is a beautiful gift.

That video is so adorable! :)
Natalie

Thank you for your beautifully written and poignant response to the recent conference. It touches my heart to know that the collection of speakers has inspired parents and professionals. There is no doubt that Ben's experiences with his cousins represent truly natural and organic "Integrated Play Groups." Readers may wish to link to the Autism Institute on Peer Relations and Play-Center for Integrated Play Groups to learn about training, research and program development opportunities. We are happy to share the most up-to-date information on programs and facilitators that we officially endorse locally, nationally and internationally.
www.autisminstitute.com

Christa, I was so happy that you went to the workshop and am thrilled that you liked it. I agree with you about Ben's relationship with his cousins and how valuable it is for him on every level (And that video? Hilarious!) I think the cousin relationship is really important - heck, we moved from SF to Chicago for it!