When Ben was about eighteen months old, he liked to color on a flip chart I brought home. He'd sit on the floor and fill up the entire thing with crayon scribbles over the course of several scribbling sessions. He used many different colored crayons and his strokes were big and bold and confident.

Then around age two, the coloring stopped.

Instead, he preferred Chris to draw characters and scenes from his favorite books. Chris' impressive drawing skills met Ben's intense need for verisimilitude. For awhile, we had drawing pads full of Chris' lovely sketches of Maurice Sendak characters, but no scribbles from Ben.

Because of his fine motor delays, drawing was hard. And things that are hard aren't fun.

And why struggle with scribbles when he could simply outsource his art to daddy and get a better result?

Optimistically, we kept bins of crayons and markers and paper on low tables around the house, knowing that if the urge to draw would ever strike, Ben would be only steps away from art supplies.

But over the next several years, they went almost entirely unused.

When he started his special education preschool and occupational therapy, we saw handwriting assignments that proved he was writing at school, but it wasn't something he ever chose to do at home.

As kindergarten approached, I was anxious about his lack interest in writing and drawing. After all, at school, the primary means for demonstrating what you know is still with pencil and paper.

But his new occupational therapist did something I wasn't expecting.

She didn't pull him out of class to work one-on-one with him on handwriting drills. Instead, she worked out a deal with his classroom teacher that she would come to class once a week and work on handwriting activities with the whole class, then focus on Ben and one other student with OT services during the independent work.

Lots of kindergardeners without IEPs need help with handwriting. The whole class is benefiting, and best of all, Ben isn't singled out as getting "special" help, nor is he missing out on classroom activities to leave for OT.

As a result, his handwriting has improved and he's needing minimal prompting in class to do the work. And he's doing something he never did before: occasionally writing and drawing at home on his own.

Exhibit A: Wall-E and Eve 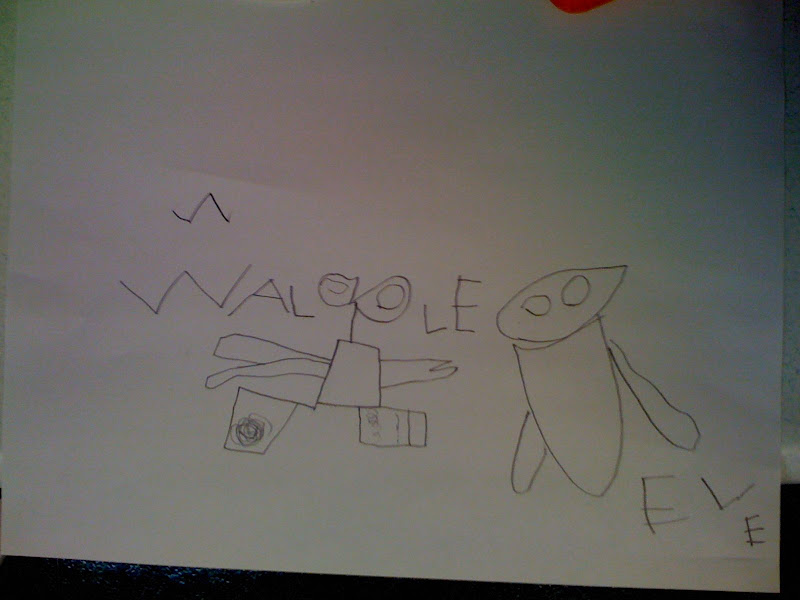 Exhibit B: A roster of the Superfriends 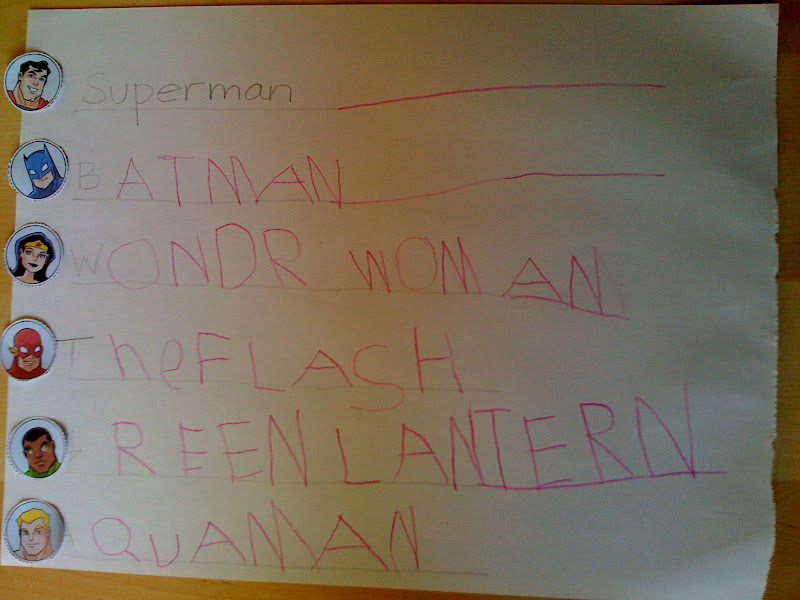 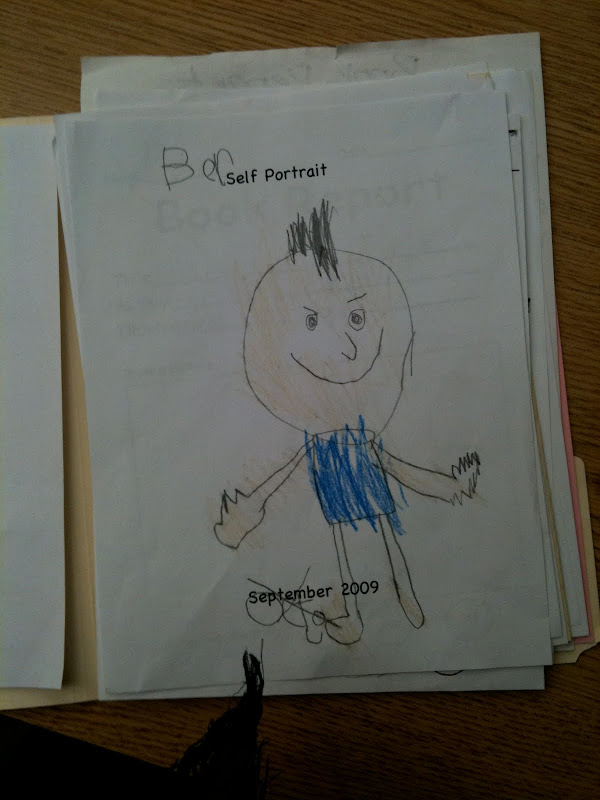 Exhibit D: non-required coloring (in the lines! multiple colors!) on a homework assignment 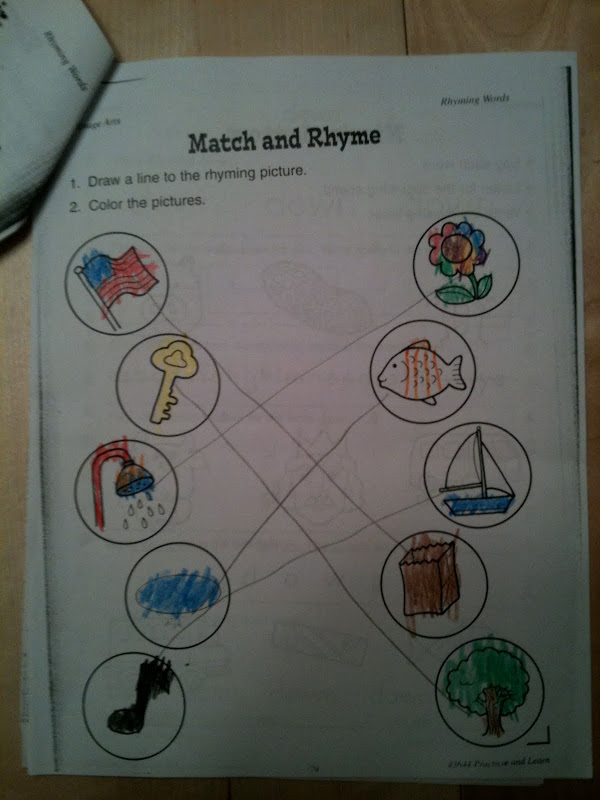 And then there was this.

Then he stomped into the kitchen. He quietly and methodically collected a black marker, a piece of paper, and a roll of tape, made this neatly-lettered sign and taped it on his door. 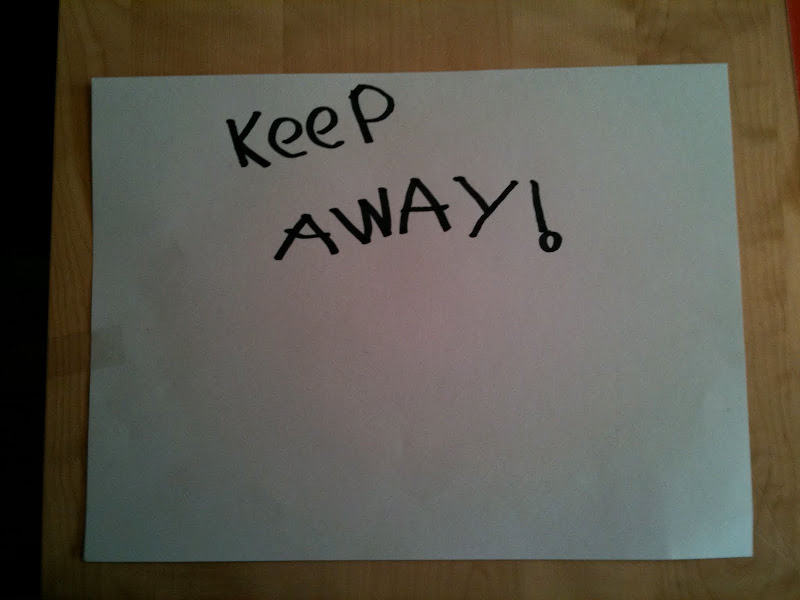 Right after that, the tantrum was over. He was his sweet self again and he apologized. It was the first time he'd used writing as a communicative act.

Perhaps in the process of planning out how to make the sign and write the words, that frontal lobe logical brain had to turn on, deactivating the fight or flight lizard brain for a moment.

Whatever it was, there is indeed power in the pen. 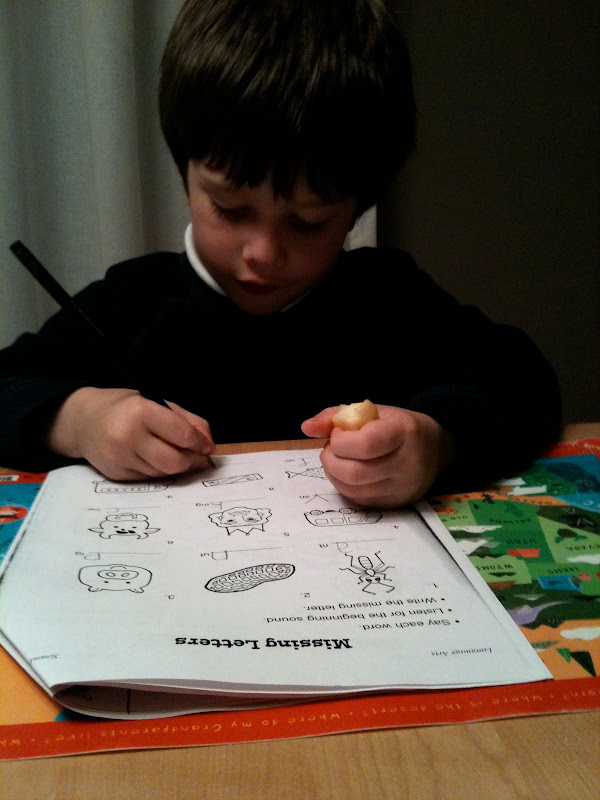