Back in March, we had Ben's yearly IEP review. His team agreed that he was doing well on all of his goals. He was working above grade level academically and didn't require any curriculum adaptations or academic support. We agreed that he no longer needed occupational therapy since his handwriting had progressed to the typical level for a kindergardener. He was doing well in his social skills group, demonstrating an understanding of social thinking concepts and starting to generalize them to other settings.

But there was one blemish on an otherwise stellar report. Ben was having a hard time controlling his emotions, and when anxious or upset, he had a tendency to bolt from the classroom, shout inappropriately, or hit classmates and even adults. This was happening, at the time, an average of once per day.

We needed to come up with a way to help him and his team suggested we create some type of incentive system specific to Ben, separate from the existing stars and stickers that the teacher was already using for the class.

An incentive system seemed like a good idea since he had responded well to a system we created at home in which he receives wooden beads in a jar for good behavior and loses beads for poor choices. He collects the beads and trades them in (according to an improvised currency exchange rate set by me and Chris) for new DVDs and other in-demand items. 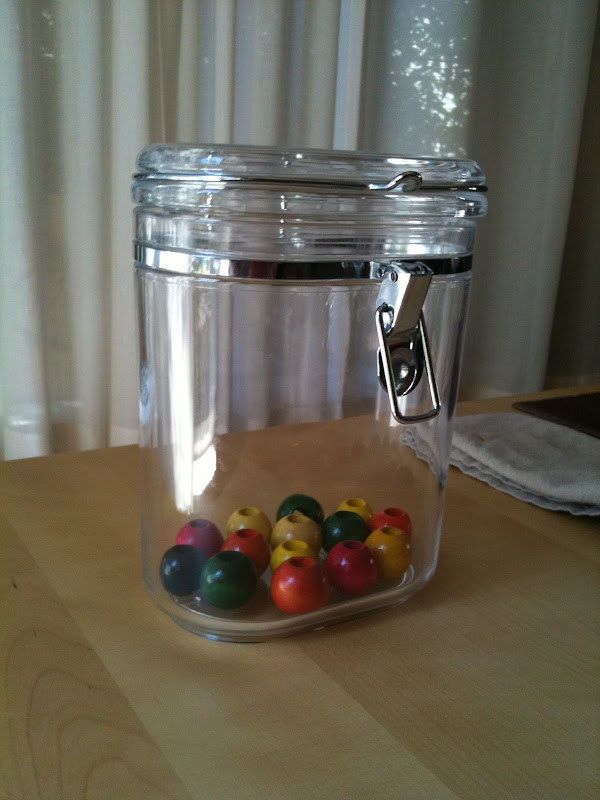 So after thinking through several different possibilities, we came up with The Light Saber Chart.

The light saber chart - inspired by Ben's devotion to Star Wars mythology - is a daily chart on a narrow sheet of paper with a light saber for each period of the school day. The top features a picture of Yoda, with the quote, "A Jedi uses the force for knowledge and for defense, never for attack."

The bottom of the chart describes what it means for Ben to "use the force." He has to 1) keep hands, feet and other objects to himself 2) stay in the classroom with his classmates 3) ignore kids who are bothering him.

If he used the force during a period of the school day, his aide would circle a light saber. If he wasn't able to use the force: no light saber. But - and this was important to us - he had several more chances during the day to succeed. We didn't want an all-or-nothing system, for fear he would give up if he, for example, had a bad morning.

The connection to the Star Wars stories and the frequent positive reinforcement worked wonders. Pretty soon, he was coming home each day and pulling his chart out of his backpack to boast about his 6-light saber day.

"Mommy, guess what! I used the force today SIX TIMES!!!"

These kinds of days at school translated into beads in his jar, so the incentive systems were connected.

By the time we finished the school year a few weeks ago, incidents of challenging behaviors had gone from 1 per day to 1 per week, which I would argue, is about par for the course for a 6 year old boy.

These types of incentive systems won't have the same effect for every kid, but for Ben at least, it gave him a reason to be excited about his success and to put it into terms that connected to a story, to something he's passionate about right now: the ways of the Jedi.

And because it helped him make an emotional connection to his own success, I didn't feel it was "bribing him to be good." Instead, framing good behavior as "using the force" gave him meaningful, intrinsic motivation rather than just saying he had to "behave" or "be nice."

Ben is at a "mainstream" summer camp right now. And while it's a familiar place with some familiar faces, he doesn't have an aide or specialized support. I've been more than a little nervous about it.

Luckily, it turns out his summer camp teacher is schooled in the ways of the Jedi. Chris filled her in on how Ben is learning to use the force and she responded, as if on cue, "Ah, like a padawan*?"

I sense that the force will be with us this summer.