One of the guys

Several families from Ben's kindergarten class and his teacher got together last weekend for a summer play date at a nearby park.

One of the boys brought a football and instigated a six-year-old's version of touch football. This consists mostly of running and chasing each other while someone holds the ball. They also spent quite a bit of time in a huddle, the purpose of which seemed to be to come to consensus on a team name.

One of the boy's dads joined in, throwing perfect spirals a gazillion feet in the air while all the boys waited to try to catch the ball. Then, they ran and chased the ball carrier with wild glee and shouted for the dad to do it again. And again. And again. 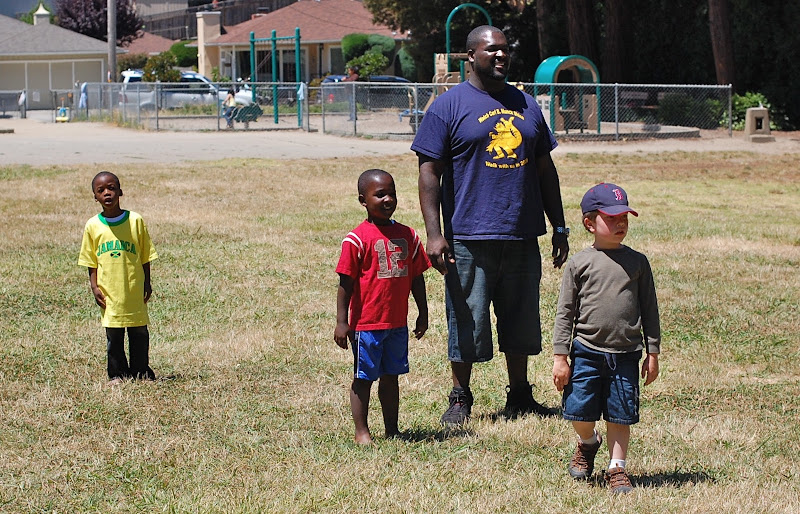 Ben was right there with them, in the mix, one of the guys. 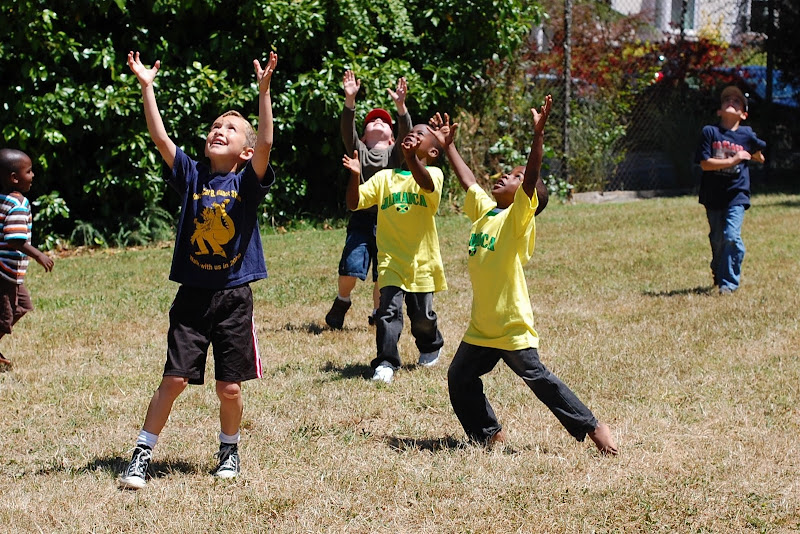 I'm treasuring these moments, and especially these other boys, who for the time being, accept him so fully and unreservedly as one of their pack. 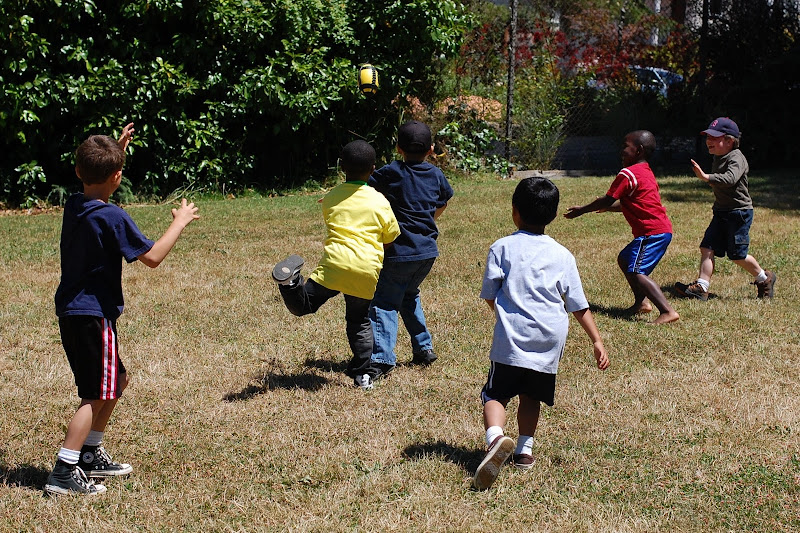 (Ben is the one in the brown shirt and the denim shorts and the Red Sox cap. Simmer down, Yankees fans. He picked it for the B.)